Inflation: The Cruelest Form of Theft 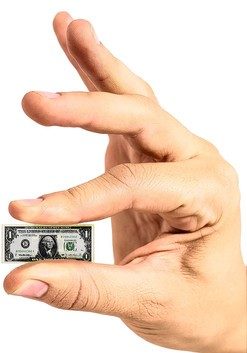 What is the cruelest form of theft? Burglary? Embezzlement? Counterfeiting? All do damage to honest, hardworking citizens and are appropriately crimes under law. What about inflation? It steals from people while their money is still in their pockets by stealing the buying power of that money.

Inflation, in a strict economic sense, is when a civil government engages in counterfeiting. Today we have an entity that has been doing just that since 1913, a legalized privately-run central bank. It is called the Federal Reserve (Fed), which as Howard Phillips has often stated, “Is neither Federal and has no reserves.” The Fed was instituted at the behest of the “Money Trust” almost 100 years ago, a group that were agents of the Rockefellers, the Rothschilds and J.P. Morgan. I first read about them in a book called “The Creature from Jekyll Island” by G. Edward Griffin. (It sounded like a title from a monster movie.) This book goes into the history of the Fed’s secret origins and how it operates.

How does the Fed operate? According to Mr. Griffin, it makes what is called “fiat money”. When our federal government has a two trillion dollar annual budget but only raises $1.5 trillion in taxes and bond sales, they go to the Fed and get a 500 hundred billion dollar loan. Where does the Fed get the money? They create it by fiat, or out of thin air. The down side is that the more worthless, unbacked (not backed by gold) currency they create, the less buying power it has. It is theft by fiat. If a private person was caught engaging in this activity, he would be in jail for counterfeiting and rightly so. Yet the Fed has been granted a monopoly by Congress to counterfeit with impunity.

“This act (the Federal Reserve Act) establishes the most gigantic trust on Earth. When the president (Wilson) signs this act the invisible government by the money power, proven to exist by the money trust investigation, will be legalized,” warned Charles Lindbergh Sr.

What is “legalized” that was illegal until 1913? The Federal Reserve! A central bank, which manipulates interest rates, controls every bank in the U.S., and prints up paper Federal Reserve Notes, funny money which is enforced by legal tender statutes.

“Boiled down to its essentials, a central bank is a bank that has been granted a monopoly over the issuance of currency,” states Liaquat Ahamed.

The Fed engages in inflation, which creates rising prices and smaller amounts of product (example: where are the rest of the chips in the bag?). It steals from 300 million Americans all at the same time. That is monstrous. “A false balance is an abomination to the Lord; but a just weight is his delight.” Proverbs 11:1. Money, which is by weight, should be honest money. Every government that has ever used “fiat” money as bankrupted its citizens (examples: The Continental Congress and the saying “Worthless as a continental”, the Weimar Republic of Germany, recently Zimbabwe, amongst others.)

The Constitution Party calls for the Fed to be abolished and that the power to coin and regulate money be returned to the Congress.

“All bills for raising revenue shall originate in the House of Representatives; but the Senate may propose or concur with amendments as on other bills.” U.S. Constitution, Section 7, paragraph 1.

“The Congress shall have power…to coin money, regulate the value thereof, and of foreign coin, to fix the Standard of Weights and Measures; To provide for the punishment of counterfeiting the securities and current coin of the United States.” U.S. Constitution, Section 8, paragraphs 5 & 6.

We in the Constitution Party will work to elect representatives willing to take the monetary power away from unelected, unaccountable extortionists. We will make our money’s value accountable to the U.S. Constitution, the fundamental law of this nation. We will not only expose the Federal Reserve, we will eliminate it!