The Politics of Lucy Van Pelt

Growing up, I read enough of Charles Schultz’s Peanuts cartoons to be familiar with the antics of Lucy Van Pelt. Lucy was a one trick pony who always offered to hold the football for Charlie Brown and then pulled it away at the last moment: Every single time. She never had to try something new because Charlie Brown never decided to stop listening to her.

Guess what Charlie Brown? She did it again. More accurately, the Republican Party FAILED to repeal Obamacare. I told you so! It doesn’t take psychic powers to notice an active pattern of the Democrat party introducing socialist measures, such as the Income Tax, SSI, welfare, the federal Department of Education and Obamacare, then having the Republicans fail to remove such evils after they made campaign promises to do so. Once again, the political football has been snatched away 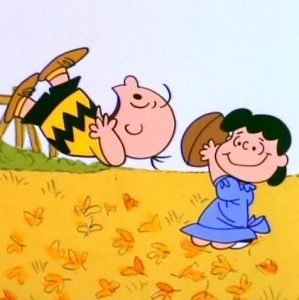 , and the effort to kick Obamacare into the ash heap of bad ideas has failed.

Guess what? The Republicans won’t change as long as you keep listening to them. They do the same thing over and over again because it works every single time.

We started the Constitution Party so that you could support candidates that won’t treat you like you are Charlie Brown. It takes a lot of work to transform a “minor party” into a major political party, but America needs some political competition from the Right.

Join a political party who isn’t afraid to fight the Democrats. Learn more about the Constitution Party.